Happy Holi: a festival of celebration in the UK 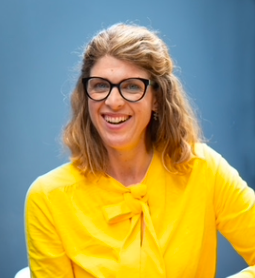 On a sunny afternoon in March 2022 in the Isle of Man, in a hillside location surrounded by beautiful views of the hills and sea, families and friends celebrated the arrival of spring through the ancient Hindu tradition of Holi - the Festival of Colours.

​​Holi is a celebration of spring, love, and new life, marking the arrival of spring and the end of winter. It also celebrates the Hindu god Krishna and the legend of Holika and Prahlad. Known as the "festival of colours", people celebrate by dancing, singing and throwing powder paint and coloured water.

Many families came along and enjoyed the fun atmosphere, chasing each other around the field and throwing the traditional powders at each other and into the air, creating a colourful spectacle.

The event was sponsored by Shri Naik, owner of Kurries and Steaks restaurant in Douglas, in support of two charities - Pahar Trust Nepal and Breast Cancer Now Volunteering in Isle of Man.  These charities provided volunteers to help with the organisation of the event, while Shri provided street food from his restaurant, to add to the occasion.

Shri explained his motivation for organising the event: "As a child, Holi was probably my favourite holiday, mainly because there were no rules and it always ended up turning into a street party with plenty of colours, water balloons and street food.  It was something I was missing, having lived here on the island for 18 years.  Two years ago, in March 2020, a week before lockdown, we organised the first ever Holi festival at Kurries and Steaks in Douglas.  We had a brilliant response then, and since then I have been keen to arrange another Holi event.  Social gatherings were not permitted at the time of Holi last year, so I am delighted to have been able to organise this one in 2022." Shri added that he intends to make this an annual event in the future.

Pahar Trust Nepal is grateful to Shri for choosing our charity to benefit from this fundraiser.  We are also grateful to Andrew from the Manx Fun Farm, Justin from ELS and Candy from A3 Marquees for their support for the event; and to the St John Ambulance volunteers who attended.