During the 2015 earthquake the existing two storey building at Ramkot was destroyed and many of the associated school buildings were damaged beyond repair. Although the village received assistance from the government to build a new block the school still requires additional classrooms to provide a safe learning environment for their 402 students.

Funded by theIsle of Man Government’s International Development Fund, this project will provide a new 2-storey, 6-room building. A stone laying ceremony took place in March 2018 with our Executive Director, Alan Sweetman and work began at the end of September at the end of the monsoon rains and the project is scheduled to be completed in February 2019. We have many other schools awaiting support to carry out repairs and improvements and you can help us to support these by making a donation to the trust. 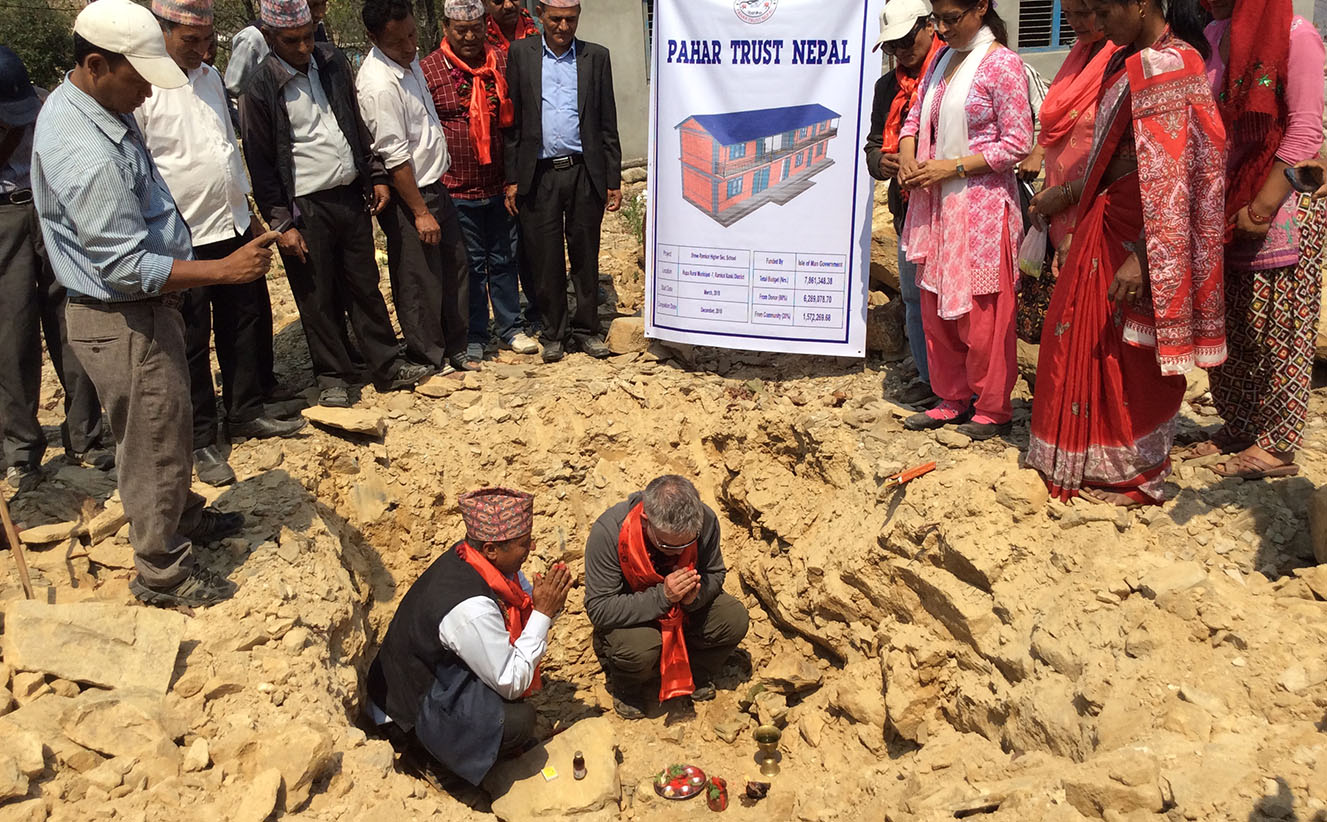